I recently read the book, Pop Goes the Weasel, by James Patterson.  It’s part of the Alex Cross series of books, so the general idea is about the same.  Alex is a detective/FBI agent depending on which of the novels in the extremely long series that this book is a part of. Throughout the series Alex investigated murders and/or missing persons cases.  In this book, Alex is investigating a series of murders of people that are left naked in the streets, with seemingly no pattern. 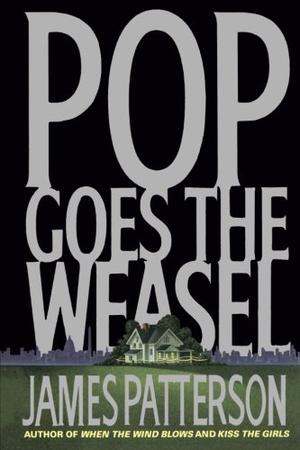 The point of view switches between Alex and a man working at the British Embassy named Geoffrey Shafer.  Geoffrey Shafer is the man killing all of these people, and he does so by playing an online game called the Four Horseman.  This game involves rolling the dice and based on which number is rolled,  Shafer commits murder in a number of different ways.  The plot of the book basically consists of Alex working to find the unknown murderer, and when he knows it is Shafer, convicting him in court.

Overall, the book was well written, as you would expect of James Patterson, although it was very similar to the other Alex Cross novels I have read.  But, considering the genre and the series, how much different can you really get with mystery crime thriller books. James Patterson’s word style is evident and the way he writes the killer’s mind is seen below, in a quote that I think gives clear insight to the general demeanor of the book.

He brought the girl to a small, wooded park in a part of Washington called Shaw. He parked in a thicket of fir trees that hid the car from sight. He looked at the prostitute, and she was even smaller and younger than he had thought.

“How old you want me to be?” she said, and smiled. “Sweetie, I need the money first. You know how it works.”

He reached into his pocket and pulled out a switchblade knife. He had it at her throat in an instant.

“Get out of the car. Slowly. Don’t you dare scream. You be cool.”

Shafer got out with her, staying close, the knife still pressed to the hollow of her throat.

“It’s all just a game, darling,” he explained. “My name is Death. You’re a very lucky girl. I’m the best player of all.”

As if to prove it, he stabbed her for the first time.

As you can see, Patterson is really skilled at writing the mind of the killer and keeps the reader intrigued throughout the entire novel.  Overall, I really enjoyed the book, and will continue to read more and more Alex Cross novels.  Hope you all enjoy this and the many others in the series as I have!